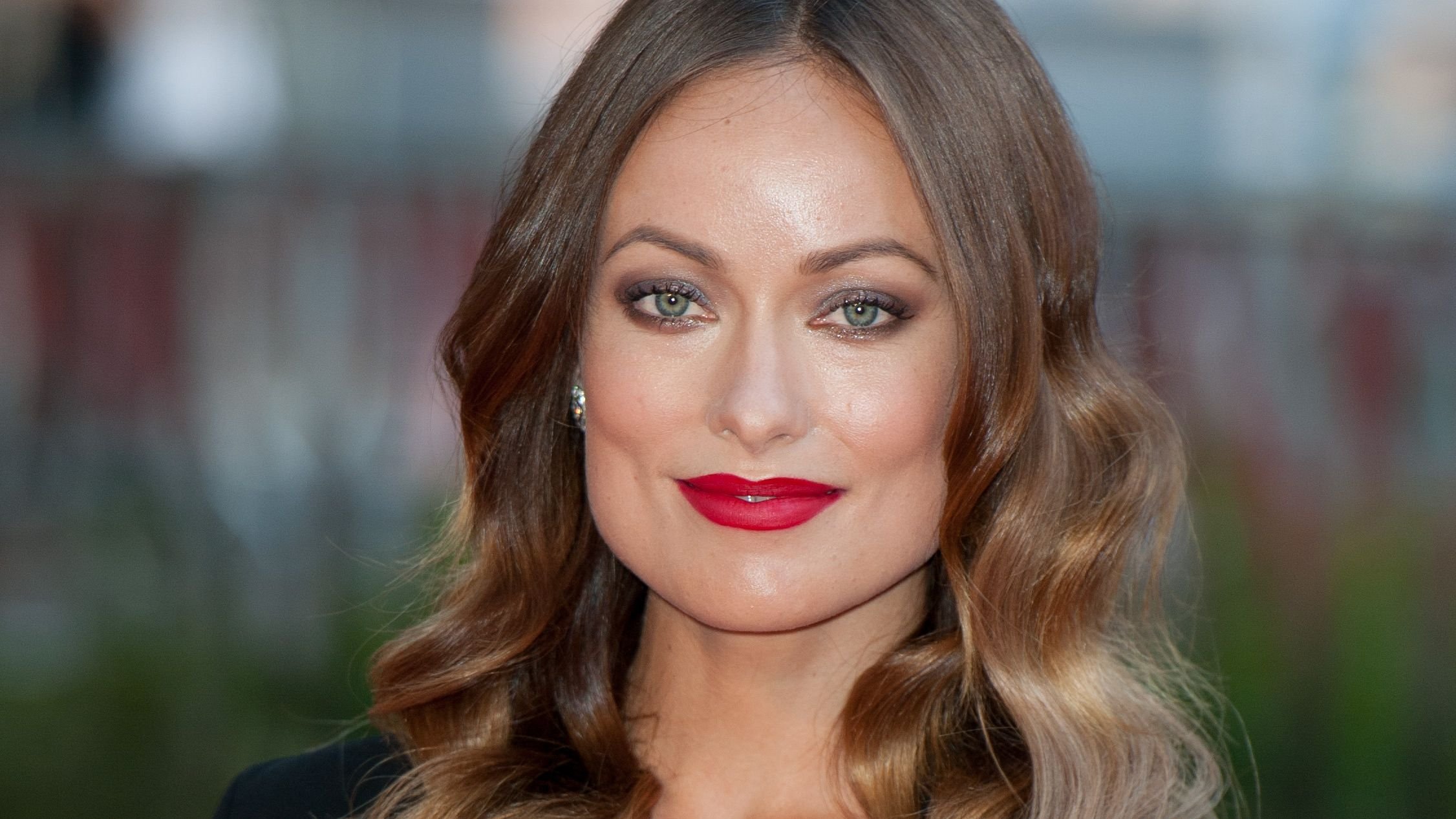 Olivia Wilde may not be extremely active on social media, but when the Booksmart director chooses to post something on Instagram, you can bet that fans are ready to come through with a "Like." Such was the case in early December when the 38-year-old shared a carousel of photos of herself in designerwear, kicking off the slideshow with a stunning Gucci look.

Baring the creative touch of renowned portrait photographer Annie Leibovitz, the pictures were taken for Vogue magazine, which featured Wilde as its January cover star.

Check them out below!

Delivering chiseled abs in a stylish, neon-lime bra and matching high-waist skirt, the mother-of-two showed off her enviably fit figure while posing on a leather petite sofa. Snapped in a sultry supine position, Wilde finished off the Gucci look with a white feather coat.

A swipe to the next slide saw the House alum soaking up the twilight in the California desert. Once again clad in abs-baring Gucci, she wore a leather tube top and matching chocker, draping a crystal cage-style number on top. Photographed out of a car window, she stuck to a high-rise skirt in a cream piece with floral embroidery.

'Honored' To Be In The Shoot 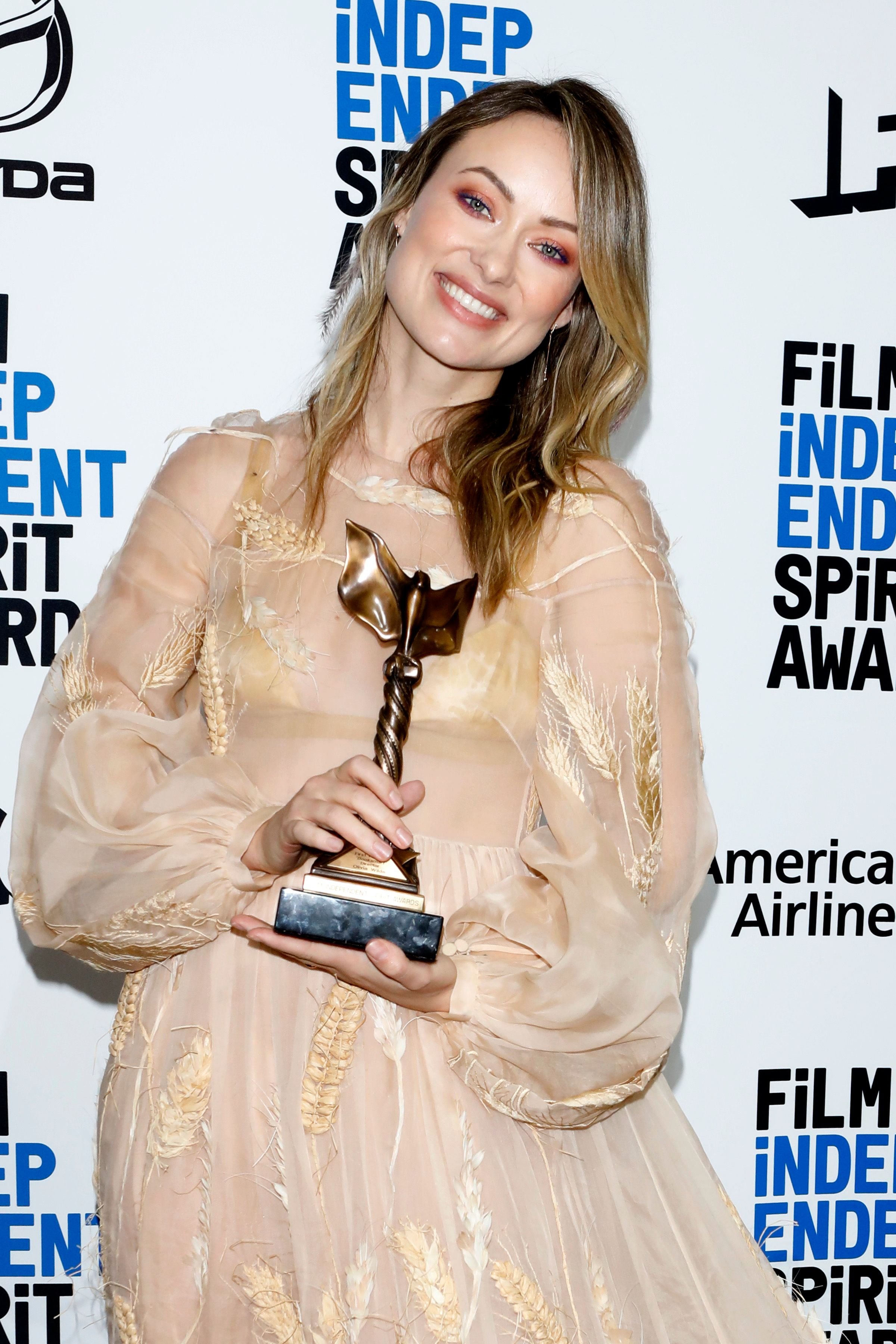 While the actress/director mostly talked shop in her Vogue cover interview, referencing her romantic relationship with pop star Harry Styles only in passing, she kept the haute couture coming in the magazine pages. Other high-fashion looks included in the four-part share were a flowy polka-dot Balenciaga gown complete with black pumps and a black leather Louis Vuitton dress paired with Celine sunglasses.

"Honored to have spent a few days of fun in the desert with @annieleibovitz and the brilliant @voguemagazine team for this story, written by Alexandra Schwartz," Wilde wrote alongside the photos, currently sitting at nearly 288,000 likes.

Read here what she had to say about her romance with Styles and keep going for more photos from the shoot!

It seems that Wilde was truly thrilled about her Vogue cover story because she followed up the share with a second post wherein the Hollywood star was photographed with Matthew Libatique, the director of photography for her upcoming film, Don’t Worry Darling. Labeling him as her "favorite model" in the caption, the glamorous A-lister posed in a backless Rodarte dress and Jimmy Choos, before getting behind the wheel with Libatique.

Wilde, who described Don’t Worry Darling as “The Feminine Mystique on acid” in the cover interview, told Schwartz that, unlike Booksmart, which was about “friendship and judgment and exploring insecurity,” the focus of her new movie due to release in September "is asking the question of, What are you willing to sacrifice in order to do what’s right? If you really think about it, are you willing to blow up the system that serves you?"

Check out the Vogue cover below!

Michael Kors On The Cover

Proudly promoting her Vogue feature all over the Gram, the TRON: Legacy star also shared her magazine cover, another mesmerizing desert shot in which she rocked all-black Michael Kors. Drawing similarities to her lime Gucci ensemble, the outfit comprised of a bra and high-waist midi skirt cinched with a leather belt.

Leibovitz posted the picture in full on her own Instagram, along with some wider-angle versions of the same photos -- including the car snap of Wilde and Libatique, in which the actress wore a sleeveless Chanel jacket.